One of the BIG expenses we have as business owners is credit card processing fees.

No matter what business you are in, you can literally save thousands of dollars a year with very little effort or time!

I have found that checking this on a yearly basis can make a big difference to your bottom line. Best of all it is easy to do, will take very little of your time and can be switched in a matter of days. You will need to send the new company a copy of your processing statement and they will do the audit based on your current transactions.

If you are looking to fast track this process I have already done the work for you. I am currently working with a company called Bank Associates Merchant Services that can offer you great rates that they will guarantee are the lowest in the industry. They will perform a FREE audit for you and give you specific details on how much you can save.

Below is an image of how much we will be saving each month and over the next year and three years.

WOW… I love the fact that we can save over four thousand dollars a year. This is found money that has taken ONLY thirty minutes of my time.

For your free audit visit: https://www.bams.com/danceteacherweb/ 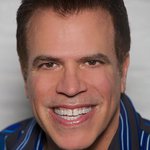