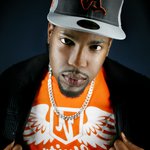 Tashan Muir has choreographer and manage a successful dance company called Unity Dance Company which now have a total of 30 dancers between the ages of 10-24. We train in all styles of Hip Hop including new style, popping, locking and breaking.We have won 4 prestigious competitions last year including GwI Uk Championships and IDO World Hip Hop Champions 2008. The company is split between two groups, Unity and Unity Youth. Unity Youth have been running for a year now and have achieved alot in that short space of time, shows include Breakin’ Covention 09, We R One @ Indigo2, 2nd place in the Idance Uk Championships. I have been teaching young people since the age of 16 and have a very big passion for educating and inspiring them. In my 7 years of teaching in schools, community centres, charity organisations, freelancing and my own company, I have aquired many skills to bring out the full potential which lies within young people today. Ive also appeared on tv shows such as 'Move like Micheal Jackson' on bbc3, (reaching the final 4) and sky 1's 'Got to dance, (reaching the semi finals in 2010 and finals in 2012