Ryan Kasrpzak demonstrates a great way to teach and do wings. Including a special variation on a classic step 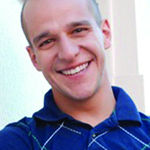 RYAN KASPRZAK is currently performing in the national tour of Billy Elliot, the Musical. Ryan appeared on SYTYCD Seasons 5 and 6 along with his brother, Evan. He continues to create new work with Parallel Exit: Physical Comedy Theater. Their show Cut to the Chase was nominated for a Drama Desk Award and This Way, That Way prompted the NY Times to say Kasprzak, can get laughs simply by breathing. Their comic tap musical Time Step played the Joyce SoHo and is transferring to the New Victory Theater in April 2010. Ryan was nominated for a New York Innovative Theater Award for Outstanding Choreography and served as dance captain for the International Tour of Fosse. Ryan has been honored to perform with such legendary entertainers as Liza Minelli, Ann Reinking, Ben Vereen, Gregory Hines, Jimmy Slyde, and the Nicholas Brothers. www.ryankasprzak.com