A fabulous advanced combination that will have you movin and groovin to a fastpaced Hip Hop routine. 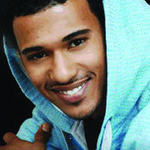 Born and raised in the Bronx, the birth place of hip hop,internationally accredited dancer/choreographer/actor, Anthony Kanec Carr, has shared his talent through various mediums including television, film, and stage. He trained vigorously at New York Citys prestigious School of American Ballet, while simultaneously attending the Professional Performing Arts School (PPAS). At the age of 18, Kanec began training in hip-hop at Broadway Dance Center. Soon thereafter, he became a member of an elite group of entertainers, The Amount Boyz. His raw talent and intense technical training, in combination with his natural knack for performing and the inspiration from his fellow group members, Kanec soon found himself on pop-star, JoJos, European and American Tours. Several movies soon followed including Step Up and Hairspray, in which he played a detention kid (Dwayne). From there, Kanec had the opportunity to dance for Disney star Corbin Bleu, Omarion at the Soul Train Music Awards, and Gnarls Barkleys Video RUN which he co-choreographed with Michael Rooney. Kanec can be seen working with multi-platinum selling recording artist Missy Elliott, with whom hes toured from Malaysia to New York with over the past year. He is also featured in20her most recent videos Ching-A-Ling and Shake your Pom Pom. After working on the movie Dance Flick, a Wayans Brothers spoof on recent dance films, as well as the movie FAME, Kanec received the opportunity to work with FAMEs choreographer, Marguerite Derricks, on the 81st Annual Academy Awards, where he performed the opening number with the shows Master of Ceremonies for the night, Hugh Jackman. Kanec is bi-coastal and currently teaches at Millennium Dance Complex in Los Angeles.