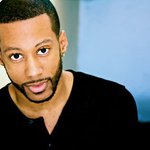 Ryan Davis, better known as RK Davis, is a Jersey native with a strong infatuation for the arts. Growing up, he has always been fascinated with the arts and knew that a career in this field as an entertainer would be his number one pursuit. Being the shy individual that he was, RK would only dance/act/sing in the privacy of his room until his first stage debute in the 6th grade for a school talent show. Not again until his last years of high school did RK participate in any talent shows or school performances. In fact, it wasn't until he was introduced to a now good friend (Charlene aka Chi-Chi) early on in college did he begin to take dance very seriously. After his eyes were first opened to the dance world back in 2005, there was no turning back. Being a college student however, RK was only able to sneak away to NYC every once in a while to explore his dream. Finally building up the courage to fully commit to his passion, in 2008 RK began to train frequently in NYC and everything else began to fall into place. RK has since moved to New York City and had the pleasure of working with choreographers such as Nappy Tabs, Gil Dulduloa, Luther Brown, Parris Goebel, Nu Stylz, Rhapsody James, Tweetie, Dana Foglia, Luam, Jermaine Brown, Lajon Dantzler, Kelly Peters, Jamie J, and more. His experience continues to grow appearing in the Ariana Grande music video “Right There”, the Victoria Secret Fashion Show, various television commercials including the Fiat promo with J-Lo, and has danced live for recording artists Janet Jackson, Jennifer Lopez, Ariana Grande, Mariah Carey, Nicki Minaj, Alicia Keys, Shontelle, and Salt -n- Pepa. RK has also entered the role of choreographer, choreographing for a few up and coming artist in the NY area. Most recently RK has assisted with choreography on Ariana Grande's "The Honeymoon Tour". While continuing to further his dance training, RK is now also venturing off into many other forms of creative expression. Making his own brand "RKDavis Entertainment", Davis is skilled in photography, cinematography, music editing, and continues to broaden his spectrum and love for the arts.