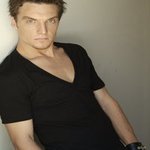 Chris Jones is a true triple threat with multiple credits as an actor, dancer and vocalist. He has film and television appearances that include YOU GOT SERVED, FORREST GUMP, BATTLEFIELD AMERICA, BIG MOMMA’S HOUSE 2, NO VACANCY, CSI-MIAMI, CSI-NY, WILL and GRACE, MAD TV and many more. As a dancer, Chris has performed with numerous recording artists such as BRITNEY SPEARS, N’SYNC, J-LO, P.DIDDY, BUSTA RHYMES, CHRIS BROWN, and BEYONCE; and appeared on tours, music videos and award shows such as the MTV VMA’S, BET AWARDS, SOULTRAIN AWARDS, AMA’S, EUROPEAN VMA’S and GRAMMYS. Chris has also worked as an actor and dancer in commercials and industrials for companies such as PEPSI, FOOTLOCKER, NIKE, PANASONIC, McDONALD'S, SONY, PLAYSTATION, SKETCHERS and REEBOK. Chris is not only a performer in many realms of the industry but also has a love for choreographing and teaching. He has worked and choreographed with artist and companies like NLT, ONE CALL, TRAVIS GARLAND, WILLOW SMITH, ONE DIRECTION, BECKY G, ADIDAS and THE LIFETIME NETWORK. He can also be found traveling the world as a master teacher, choreographer and judge at many studios, workshops, conventions and competitions.