Michele Oliva Presents a great Int/Adv Contemporary Across the Floor 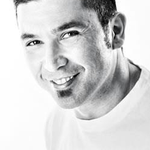 Michele Oliva is originally from southern Italy. He began his studies of classical and modern dance in the city of Bari, and then moved to Rome and began a career in various modern techniques. Between 1999 to 2003 he was a dancer for international stars such as Geri Halliwell and Kylie Minogue, touring with them around the world (UK, Spain, France, Russia, Germany, Australia, Canada, China). Michele then worked as assistant choreographer and dancer for the popular Italian television program Amici, which proved to be a huge success. He has composed contemporary choreography for dance companies in Italy and Europe. Including; Back Line (Aton Dino Verga, Rome) a tribute to Merce Cunningham, Everything Flows and Lueceinbuio (Opus Ballet Company, Florence), Side of the Track (Pop Ballet, Czech Republic), Near the Moon (Project Pantarei, Dance Festival, Slovakia), and Empty Spaces (Botega Dance Company, Rome). He performs as a guest teacher at workshops in Italy and around the world, including the Complexions Contemporary Ballet Winter and Summer Intensive (New York), Dance Festival (Kiev), Tanec Bez Hranic (Prague).