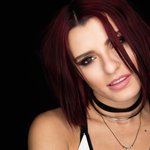 Nikky Paramo originally from Chicago IL began dancing at the age of 2 years old. She has been trained in many styles such as ballet, jazz, hip-hop, lyrical, modern, and musical theatre. In 2010, she began to pursue her professional career in Chicago IL. There she appeared on Oprah’s Season Finale with Beyonce Knowles, “Share my love” music video with R. Kelly, Market Day festival with Jessica Sutta and a holiday commercial for T-Mobile as both a singer and dancer. In 2011, Nikky went on tour as a dancer with Kanye West and Pusha T. Following tour Nikky moved to LA to further her professional career. Since then she has worked with artist such as Britney Spears, P. Diddy, Pharrell Williams, Charli XCX, G Eazy, Major Lazer, Omi, Nicki Jam, J Balvin, and Iggy Azalea. Nikky has made appearances as a dancer on multiple award shows including the Music Billboard Awards, Mexican Billboard Awards, Latin Grammys, VMA’s and BET Awards. She has also appeared on the Fox television show Rosewood, Jonathan Ross Talk Show, CW Iheart Radio music festival, Apple iTunes Music festival and Essence Music Festival. Nikky has appeared as herself in Britney Spear’s ‘E’ Network documentary “I Am Britney Jean”. She has also appeared in multiple music videos including: Britney Spears “Work B*tch” Britney Spears & Iggy Azalea “Pretty Girls” Britney Spears “Make Me” P. Diddy ft. Pharrell Williams “Finna Get Loose”. Aside from dancing and acting Nikky enjoys teaching and sharing her knowledge of the industry with the younger generation. She has appeared as a guest judge for both Velocity and LA Dance Magic National Finals. She has also worked as a choreographer for the Chicago Luvabulls. Nikky can be most recently seen as a dancer for Britney Spears’ “Piece of Me” Las Vegas Residency at Planet Hollywood.