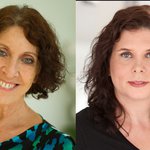 Merle Sepel’s experience as an international judge began in 1993 when she was appointed as an examiner for the Royal Academy of Dance. In 2007 she was appointed as a judge for the American Academy of Ballet’s Performance Awards under the directorship of Mignon Furman. Merle is a graduate and licentiate of the Royal Academy of Dance in London, and an Associate of the Imperial Society of Teachers of Dancing (ISTD). She has taught ballet for in excess of two decades, initially in South Africa and then the U.S. where she opened the Academy of Dance. She has trained numerous dancers, many of whom went on to pursue careers with professional dance companies such as Austin Ballet, Texas Ballet Theater, BalletX, Sacramento Ballet, California Ballet as well as to major in dance at distinguished universities. Merle worked for Mignon Furman for many years as a faculty member of the American Academy of Ballet’s Summer School of Excellence where she was responsible for the teachers training course. She is currently the director of American Pacific Ballet Company and is on faculty at California State University (CSUF). She has developed and published The Enchanted Doorway Adventures in Dance© series of 5 dance training programs for the young child and is co-director of International Dance Acclaim. Rebecca Tsivkin graduated with a Licentiate from the Royal Academy of Dance (RAD) in London, and earned an Associate of the Imperial Society of Teachers of Dancing (ISTD). Rebecca has taught ballet in universities, private dance studios, and company schools for over two decades. Her students have gone on to attend advanced training programs in such places as the School of American Ballet (SAB) and the Jacqueline Kennedy Onassis School at American Ballet Theater (JKO), and to dance in professional companies such as Ballet Austin, Sacramento Ballet and BalletX, among others. Rebecca was on the teaching faculty at American Academy of Ballet, where she was also the executive coordinator and international judge for the Performance Awards program under the direction of Mignon Furman. In addition, Rebecca was the Head Children’s Instructor at the Gelsey Kirkland Academy. Rebecca is co-director of Ballet Extensions NYC and International Dance Acclaim. She is on the faculty at Ballet Hispanico in NYC, teaching in both the General and Pre-professional Divisions, and travels frequently as a guest-teacher across the United States and internationally.