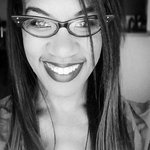 LaToya began her ballet training in her hometown of Shreveport, Louisiana. LaToya has been a student at many prestigious dance schools including Pittsburgh Youth Ballet, North Carolina School of the Arts, Dance Theater of Harlem and The Ailey School, where she received the Judith Jamison Fellowship. While attending the Ailey School she had the opportunity to perform with the Alvin Ailey American Dance Theater in their production of Alvin Ailey’s ballet “Memoria”. Studying at these schools has given LaToya the privilege of studying under and dancing for dance greats such as Melissa Hayden, Gelsey Kirkland, Arthur Mitchell, Ronald K. Brown and Judith Jamison. Since finishing her training, LaToya has gone on to perform on stage as well as on television. She has been a featured dancer on Live! With Regis and Kelly and the MTV Video Music Awards. She has danced with Contemporary Ballet Theater and Genesis Dance Company. She has also had the opportunity to dance as a guest artist in roles for ballets such as Swan Lake, Sleeping Beauty, Firebird, Gaite Parisienne, The Nutcracker, Giselle and more. LaToya has been on staff and has been guest teacher at numerous dance schools including Los Angeles Ballet Academy and Santa Clarita Ballet Academy. She is currently a staff member of D’Valda and Sirico Dance and Music Centre in Fairfield, CT under the direction of Angela D’Valda Sirico and Steve and Dance Impressions in Union, NJ. She holds a ballet teaching certification and Registered Teaching status with the Royal Academy of Dance (London, England).