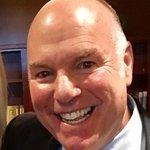 Curt Jacobs began dancing at the ripe age of 4 in Camp Point Bowling Alley on Friday evenings while his parents bowled and one of the daughters of the couples they bowled with taught TAP Dance. While performing in the Summer Junior Theatre Program production of “Queen of Hearts,” Curt’s dance talents were spotted by Pamela Bedford who had a New Dance Studio in Quincy, Illinois in 1968, Ms. Bedford offered Curt a scholarship to her studio and the rest is History. He attended Loretto Heights College in Denver obtaining a Degree in Dance. He traveled to Ft. Lauderdale where he was accepted into the Atlantic Foundation Academy for the Performing Arts which also included professional opportunities with Miami Opera Company and was also introduced to Ms. June Taylor, Choreographer for the Jackie Gleason Show. Ms. Taylor hired Curt to assist her on the Miami Dolphin Starbrites. Curt has performed in, “Fiddler On The Roof,” “Hello Dolly,” “My Fair Lady,” “A Chorus Line,” “La Cage Aux Folies,” to name a few. Curt has performed in Acapulco, Mexico as the lead dancer at the Famous Princess Hotel, and on the SS Norway Cruise Ship. He has had several contracts in Japan, Switzerland, and Austria. Curt retired in Las Vegas as a performer at the Rio Hotel in Masquerade Village Show in the Sky in 1999. Mr. Jacobs still shares his talents and trains students young and old worldwide