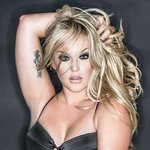 Lacey Schwimmer is most known for her success as a finalist on Fox's So You Think You Can Dance (season 3) and as a pro on ABC's Dancing With The Stars (six consecutive seasons). Lacey started out in a "dancing family". Her father Buddy , choreographed the motion picture "American Graffiti" , her mother Laurie , a classically trained ballerina, and her brother Benji , who won season 2 of So You Think You Can Dance. Lacey got her first United States Swing Dance title when she was just 10 years old , from there she went on to be the World Swing Dance Champion and United States youth Latin champion. This ranked her 42nd in the world for International Latin dancing. Lacey owns and co-directs The Dance Center, a competitive powerhouse dance studio in Redlands, Ca. along with her famous dancing family. Lacey has several choreography and artistic direction credits including Dancing With The Stars , Strictly Come Dancing , So You Think You Can Dance and stage shows such as , Frankie Moreno LIVE , Frankie Moreno Under The Influence , Legends in Concert and Pin Up staring playmate Claire Sinclair, Ballroom With A Twist, and Dance To The Movies, the Knicks City Dancers, The Kennedy Center, Carnegie Hall and Broadway Dance Center. She has choreographed and directed many Grammy award winning artists such as Christina Aguilera, Nikki Minaj , LMFAO, One Republic, Reba Mcintire, Whitney Houston , Taylor Swift, Train, Brad Paisley , the Jonas Brothers and the Jackson Family to name a few. With a strong musical theater background, she debuted her first pop single "Love Sounds" where it reached #7 on the Billboard Dance charts. Lacey just release a new single “The Dance That You Do” written and produced by Frankie Moreno and guitar Legend Patt Thrall. Lacey has also choreographed for Holland America's - Dancing with the Stars at sea and Lions Gate Dancing with the Stars workout DVD and Dancing With The Stars LIVE touring and stage shows. Lacey was the Co-Host of Dancing With The Stars All Access recently. Among hosting credits with E!, Nickelodeon, TV Guide Network, And has filmed two new dance based TV shows. Lacey has choreographed many award winning Contemporary, HipHop, Jazz, Latin, Swing and Ballroom pieces. She has won multiple US and World titles for Swing Dance and International Latin and continues to judge and educate dance all over the world.