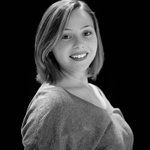 Silvia Laracca earned her Bachelor’s Degree in Dance at Dean College. She has had the opportunity to continue studying genre’s she grew up to know such as ballet, jazz, modern, and tap, as well as study dance related academics such as creative movement, dance history, pedagogy, kinesiology, and dance composition. Since Silvia’s sophomore year, she has been a part of Dean College’s “Company”, where she has had the chance to perform in an annual concert with select group of dancers, and Dean’s best choreographers. With that, Silvia has had the opportunity to work with choreographers such as Gregory King, Jeremy Ruth-Howes, Robbie Mulrey, Julianne O’Brien Pederson, Rose Pasquarello Beauchamp, Todd Shanks, and William “Bill” Evans. Silvia has had the great privilege of taking part in a handful of experiences offered to her through Dean College’s dance department. Some of these include performing at the American College Dance Festival performing Jeremy Ruthe Howe’s, “From The Ashes”, (2014) and her own choreographic solo, ”Unknown” (2014). Silvia also performed at the Alvin Ailey Citigroup Theater for the American Dance Guild Festival in William Evan’s, “Colony” Piece (2014). Silvia is also proud of her academic successes at Dean on completing an independent study with Joan Phelps Palladino where she wrote, “The Fascination of Auditioning”, directed towards students who are looking to expand their knowledge on upcoming dance auditions all over the U.S. Silvia is currently on faculty at the D’Valda & Sirico Dance and Music Centre.