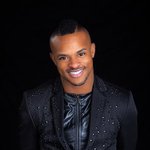 Born in Miami, Florida, Brandon Bryant started his dance career at the age of seven. His youth was spent attending performing arts schools where his passion for dance began to develop. Brandon was also a dancer for the “The Hip Hop Kidz”, a local hip hop dance group devoted to helping kids stay active and off of the streets. This group was fortunate enough to perform at the Macy’s Day Parade. Later on, Brandon was a dancer/choreographer for his high school dance team, who took first place at nationals. In Brandon’s professional career, he has danced for Odyssey Dance Theater and Soul Escape Dance Company. He has also had the opportunity to be a dancer in the opera “Aida.” These are just some highlights that made an impact in Brandon’s dance career up until he was chosen to compete on Fox’s hit TV show “So You Think You Can Dance.” Brandon succeeded in making it to the finals and became first runner up for season five. That led him to a forty state tour along with the other 12 finalists. He was cast in one of FOX’s new hit TV shows Glee!, and also had the opportunity to dance with Sweden’s hit artist Agnes, where they performed in Cologne, Germany for the opening ceremonies of the Olympics. Brandon has become a hosting idol for The LGBT events, and is represented by MSA agency. Recently, Brandon has just returned from China working as a performer for choreographers Napoleon and Tabitha Dumo, for a television show that was viewed by millions throughout Asia. Currently he is appearing in Britney Spears Piece of Me in Las Vegas!