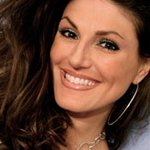 Leslie Scott is well known not only for her talents but her unwavering work ethic, contagious positive energy and bold use of movement to spread a positive message! She is on Faculty at the Edge Performing Arts and Millennium Dance Complex, guest faculty on several conventions and is represented by the agency McDonald Selznick Association (MSA) in Hollywood, California. Leslie is the Founder of the non-profit “Youth Protection Advocates in Dance” (YPAD). She also founded the E.D.I.F.Y. Movement, a non-profit committed to using dance to highlight social causes and leads groups of young dancers to teach creative arts at orphanages in Mexico and Africa. Leslie is a sought after Artistic Director/Choreographer and well known for the breakthroughs dancers experience in her inter-active seminar “Self-Esteem in Performing Arts” as well as her seminars for parents and educators. She has been teaching for 25 years and has been invited to 22 countries and 48 states to spread her unique teaching methods, artistry and teaching the ideology of “Spirit Swag”, a term Leslie coined to give value to the style of a person’s heart and character, not just their talent, aesthetics, fashion, social media presence or ability to follow trends in culture. She has traveled the country week after week with her Purpose Partner and amazing husband Joseph and her lil toddler Carmella as a Dance Activist Recently, she has been featured at Pulse and Camp Pulse and was the keynote speaker at The National Honor Society in Dance Arts in Boca Raton, Colorado’s Hip - Hop Madness and at Studio Owner University in Las Vegas. She has been asked to be a contributing writer to More Than Dancers and the American Psychological Association’s Psychology Benefits Society sharing her cutting edge research linking several Psychological Effects on the identity and brain wiring of Performing Artists who are not mindfully processing the potential consequences of today’s Dance Culture, Entertainment and Social Media on Self - Esteem and choices. During Leslie’s commercial career she has worked with Beyonce, Ciara, Hi - Hat, Jermaine Jackson and Choreographed Brittany N’s video “We’re Beautiful” and has been featured at The Carnival’s Choreographer’s Ball 22 times including the sought after, invite only, Anniversary Show seven times. She has been a featured choreographer on two seasons of the web series Wallbreakers. The Industry Voice Awards in Hollywood has nominated her twice for “ Best Class of the Year” and “Artist of the Year” for her Humanitarian work with E.D.I.F.Y. Movement. Leslie was featured in Nylon Magazine as one of America’s leading forces in Hip - Hop and quoted in Dance Spirit magazine. She was selected as a judge for USA Hip - Hop International Meet Leslie Scott 2 Championships hosted by the creators of Americas Best Dance Crew and Hip - Hop International.