Unique and interesting tap technique for your students of all levels 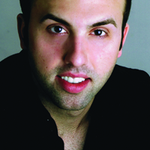 Jason Marquette has a BFA in Musical Theater from the University of the Arts in Philadelphia. He is currently on faculty at numerous studios in New York and NJ. Jason's choreography has been showcased in New York City as well as Philadelphia, and will make it's international debut in Helsinki, Finland this summer. He has been performing professionally all over the United States for the past 11 years. His credits include The Broadway National Tour of 42nd Street, The Musical (original cast), Crazy For You and Anything Goes at the Westchester Broadway Theater; Music Man, Mame and My Fair Lady at the Music Circus in Sacramento, CA; Swing, The Musical at North Shore Music Theater in Beverly, MA; On Your Toes at The Cape Playhouse in Dennis, MA; Beauty and the Beast at Walt Disney World in Orlando, Fl; and Dance Dance Dance at HersheyPark in Hershey, PA. Jason has taught Master Classes and has adjudicated in all major cities all across the country and teaches at Broadway Dance Center In NYC.