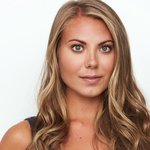 Sophie Sea Silnicki began her dance training with her mother, Stephanie Lopez at Movements in Dance in Fairmont, WV studying ballet, pointe, tap, jazz, and acrobatics and attending many dance conventions, winning national titles, scholarships, and high score awards. At the age of 11 and 12, Sophie danced the role of Clara with the national tour of the Radio City Christmas Spectacular, touring Buffalo, Cleveland, Pittsburgh and Seattle. She also trained at the Pittsburgh Ballet Theatre School and danced with the Pittsburgh Ballet Theatre Company in productions of the Nutcracker, Coppelia, and the Holiday Pops with Marvin Hamlisch. Sophie danced on the David Koch Theatre at Lincoln Center stage in New York City for the final round of the Youth America Grand Prix international ballet competition and has traveled to Lausanne, Switzerland to compete in the Prix de Lausanne as one of only 5 American women competing in the International Ballet Competition where she was awarded a full scholarship to San Francisco Ballet Summer Intensive. Sophie trained at San Francisco Ballet School Pre-professional division for two years and danced with the SF Ballet Company under the direction of Helgi Tomasson in productions of The Nutcracker, Romeo & Juliet, Giselle, Don Quixote, and Swan Lake. ​ Sophie has worked with Susan Stroman in development lab for the musical, Little Dancer/Marie, Dancing Still and danced the soloist role in the 2017 production of the Merry Widow at the Metropolitan Opera at Lincoln Center. ​ For the past two holiday seasons, Sophie has performed in over 200 performances as a Radio City Rockette in the Christmas Spectacular at Radio City Music Hall. She performed live on NBC with the Radio City Rockettes in the Macy’s Thanksgiving Day Parade. She is featured in the web series, Road to becoming a Rockette and From Clara to Kickline. Miss Sophie is a sought after teacher sharing her love of dance with students and studios globally. She has taught and judged for many leading dance conventions including Deviate Dance, Sheer Talent, Creative Dance Lab, Extreme Talent Showcase, and a featured assistant at Dance Teacher Web Live in Las Vegas. She has also appeared in Law and Order, Blue Bloods, The Deuce, Homeland, Instinct, and the music video Carmin by Romeo Santos.