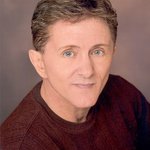 With long-standing national recognition as a tap dance virtuoso, All-American gymnast, master dance teacher, and professional percussionist, Tony Coppola is in high demand as a performer, choreographer and master instructor. His television choreographic credits include commercials for McDonalds, Aramis cologne, and Autolite autoparts, as well as the Superstars of Gymnastics for USA TV network, and John Tesh Live at Redrocks for PBS. He choreographed the World Gold Gymnastics tour starring Nadia Comaneci and a cast of Olympic medalists and Hollywood dancers. *Tony was honored to have a Capezio tap dance shoe named after him. He has taught outreach classes for the Kennedy Center’s Imagination Celebration. Tony’s music theatre credits include the lead role in GEORGE M and choreographer role in productions of WEST SIDE STORY, CHICAGO, TOMMY, SEVEN BRIDES FOR SEVEN BROTHERS, KISS ME KATE and many others. While on faculty at UNLV for five years, he became the published author of INVITATION TO THE DANCE, found on amazon. Tony began his performing career as a dancer for Donny and Marie, and toured the world with the Osmonds for several years. He continued his performing career as a tap soloist for many stage shows, tv shows, and film. He was the master tap teacher for Tremaine conventions for twelve years. Tony has written for many dance publications and is presently a contributing writer for Dance Informa magazine. He is on faculty of the Dance Teacher Web National Conference, and judges throughout the United States. Presently Tony directs and choreographs the Las Vegas based Coppola Rhythm Ensemble and their show “Kickin’ It!” He is the tap instructor for Don Mirault’s Theater Arts Preparatory School at The Rock Center for Dance in Las Vegas, where he is on faculty. Tony is proud to be a mentor for “Get Launched” sponsored by Positively Arts Program. *Tony’s endeavors in the outreach arena have led him to a project for children, which combine fitness, dance, and music called “The Rhythkiddz”. Tony espouses a philosophy of versatility and relevance for himself and his dancers.