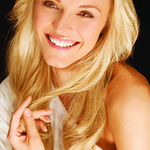 Originally from Canada, Drea has performed and trained in numerous places around the world. Drea has trained extensively in Ukrainian dance, ballet, jazz, and hip hop. Some stage performances include: Silver Sea Cruise Lines; World Volunteer Conference Edmonton; Aberdeen Scotland Youth Festival; EXPO in Germany; various hotel resorts in New York; EPCOT in Florida; major cities across Canada; and the movie premiere This Is It at the Palms for Michael Jacksons family and friends. Most recently Drea performed at LAs Carnival, in the Variety Show at the V Theatre and Broadway Bares at Planet Hollywood. Drea has attained numerous awards and achievements including: the Monsters of Hip Hop Scholarship Santa Clara, the Toronto Street Groove Scholarship, acceptance into AMDA in New York, a participant in the Elite Locking Training Camp with Greg Campbellock and was selected as a part time choreographer for the NBA Seattle Sonics dance team. Recently, Drea choreographed a piece for the LA Unbound show at the El Portal Theatre in LA and the Las Vegas Locos Dance Team. Drea was also a dancer and choreographer assistant for Jesse Lee Santos at the 2011 Paul Mitchell Hair Show at the Aria Resort. Drea is a member of the PROPS crew directed by Jonnis Tannis and the Red Velvet Hip Hop crew directed by Drea, Kay More, and Echo. Drea is currently working towards her certification in Barre Method and teaches at the Rock Center for Dance.