For anyone in business, learning how to negotiate will not only be an invaluable tool, but might also mean the difference between making your business a financial success or not. Before we start let get into the right mindset. Here is what negotiating is not: Being cheap, trying to get something for nothing, burning the other party or trying to pull one over on somebody. The key to successful negotiating is communication and that both parties win, whether it’s you and a landlord, a dance teacher or any vendor you might want to do business with. The more you create this type of deal, the more confidence you will have to do it again and again.

For anyone in business, learning how to negotiate will not only be an invaluable tool, but might also mean the difference between making your business a financial success or not. Before we start let get into the right mindset. Here is what negotiating is not: Being cheap, trying to get something for nothing, burning the other party or trying to pull one over on somebody. The key to successful negotiating is communication and that both parties win, whether it’s you and a landlord, a dance teacher or any vendor you might want to do business with. The more you create this type of deal, the more confidence you will have to do it again and again.

Use these six tips below to make negotiating fun and successful.

Ø Find out what the other person wants.

Go on a fact finding mission. Ask questions and take notes. See if you can offer the other party what they want to get what you want! This is the most important factor in successful negotiating. If you create win-win deals you will be able to create more deals with the same individual. The last thing you want to do is burn the other person. This is not what negotiating is all about and if you have continuous deals like that you will develop a less than stellar reputation.

Ø Decide what is important to you.

Now that you know what the other person wants, you can see what is most important to you. Is it price, terms, conditions or a little of everthing? As an example, let’s say you are renegotiating your lease. You are looking for a great price, and the landlord is asking for more than you want to pay. You may, however, have discovered through your fact-finding mission that the landlord is also very interested in a long term lease. This is important to them because they want that peace of mind. If you are in it for the long haul you may offer your landlord a longer term deal than first proposed that allows you to pay less at the start and more towards the end, or less throughout if you agree to a long enough deal. You, of course, need to be comfortable with this arrangement, but it is a way to get what you want by giving them what they want.

Ø Devise a plan and map it out.

If you want to have success in negotiating you must create a plan and map it out. This simple document will include all the important details of both parties’ wants and needs. Create it like a wishlist with your top priorities on top and lesser ones to the bottom. Don’t expect to get all of what you are asking for, but understand what you can live with and what you need to have in place. This is true for all dealings with teachers, leases and contracts.

Ø Work on give and take.

This is important because successful negotiating is not all about you. If you can find a way to show that you are willing and eager to work out a deal that is satisfactory to all parties, that alone will create an environment of good feelings. Of course, you don’t want to let the other party bully you into taking what you do not want. If you see that it is heading that way, you can explain that you are happy to work with them, but you have certain criteria that you are not willing to budge on. The best plans are not set in stone and never adjusted. Make sure to show the other side that you will work with them, but do not be afraid to say no!

It amazes me how when people hear no, then that is that! There is an old say that goes if at first you don’t succeed, try and try again! This has happened to us so many times I can’t even count. It happened in teacher contracts, lease, buying and selling products, just to name a few. We had a teacher who wanted to teach for us and we wanted them. There was a problem with the day and what their compensation would be. After 2 no’s, we all came to an agreement that we could all live with! If we stopped at the first no, then nothing would have ever happened. Think of no as an opportunity to find a way to create a maybe, and then a YES!

Ø Move on with the mindset…next!

Despite all your efforts sometime things just won’t work out. Don’t beat yourself up! If a deal does not go through, then your thought process should be NEXT! Not every deal or negotiation will go well. Some people will want it all and you must stand your ground! 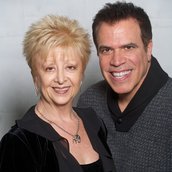 Angela D'Valda Sirico and Steve Sirico are the directors and owners the D'Valda and Sirico Dance and Music Centre in Fairfield CT for over 30 years. They also have been teaching, choreographing and producing shows. In 2007 they founded Dance Teacher Web now the #1 online resource for dance teachers and studio owners worldwide. They also produce the live event every summer for Dance Teacher Web. In 1979 they formed the Adagio team of D’Valda & Sirico after performing in shows and on television worldwide as individual dancers. Their performing credits include "Scala" Barcelona, Spain, Casino Estoril, Portugal, Theatre Royal, Oxford, England, Riviera Hotel, Las Vegas, Hotel Tequendama, Bogota, Columbia, Teatro Nacional, Buenos Aires, Argentina, and as Guest Artists for Wayne Sleep's smash hit "Dash", Dominium Theatre, London. They were featured artists in Royal Command performances in Spain and had the privilege of performing for Princess Diana of Wales. D'Valda & Sirico's many television credits include "David Letterman", "Star Search", and "Tarde Para Todos" as well as variety shows in the U.S.A, Spain, Sweden, Switzerland, Finland, Portugal, Italy and Argentina. Their combination of explosive choreography and exciting partner work has been given rave reviews both nationally and internationally. Their choreography for the acclaimed "Brother Can You Spare a Dime" was commissioned by Boston Ballet II and performed by the company. Angela and Steve have owned and directed a very successful dance studio in Fairfield, Connecticut since 1987. Their students have received scholarships and contracts to American Ballet Theater, Boston Ballet, Joffrey Ballet, Nashville Ballet, Ballet Hispanico, Hartford Ballet as well as the National tours of "Fosse", "Fame" and "We Will Rock You" and on Broadway in "Chorus Line". Angela and Steve have been on the faculty of Dance Educators of America’s Teacher Training program. Steve is the author of his Jazz Dance syllabus and together they authored their Partner syllabus both used for Teacher Training worldwide. Angela served as Chairperson for the tri state panel of the Royal Academy of Dancing and they have taught as guest faculty for Mt. Holyoke College, Michigan State University, The University of Arkansas, Yale University and Fairfield University. They teach Master Classes in Ballet, Jazz, Lyrical Jazz and Partner work all over the world including residencies in England, Spain, Costa Rica and Mexico. They have been the top presenting faculty for Dance Teacher Magazine's Summer Teacher’s Conference in NYC.