One of the important things that every studio owner must do is to get away from your business so you can take an objective look from the outside and really see what you do well and what needs work. But don't stop there! Now, focus on what you can do to enhance your business and what will create more revenue for your company. As business owners we need find the time to work on our business not just in it. This can be a real challenge if, like Angela and  I, you teach, choreograph and are an important part of your teaching staff.

Many years ago we found ourselves so involved in the daily running of the studio that we were too exhausted to really focus on the most important part, the business part! Did you know that Bill Gates, CEO of Microsoft and one of the richest men in the world, says that the most important thing he does for his company every year is to take a month off to go away and just think! I know most of us don't have the luxury of doing that, although it sure does sound nice. The point is, that we all need to spend time just thinking. You will need uncluttered time when you can be undisturbed and free from any of the day to day negative thoughts that may crowd your mind. This time should be devoted to focusing on your business and not just on the problems we face each and every day .Try to get away for a weekend or just stay home, lock yourself away and turn off the cell phone.

I know that there are many studio owners who don't enjoy the business part. If that describes you then it is very important to change your thought process about it or you will find that you will have trouble reaching your full potential at your studio or succeeding to the degree that you would like. Who, after all, knows your studio better than you do? If you don't know all the ins and outs then you will need to spend some time figuring them out, pronto. Business can be a lot of fun, especially when you are having success artistically and financially! But it's not just about money it's about creating a business that will serve you for a life time. It's about creating a place that you are proud of that represents everything that you are. The next best idea for your studio is within you. If you take the time to investigate where you really want to take your business you may surprise yourself by coming up with some great, innovative ideas.

Adding new programs or enhancements to your studio is not rocket science! You know what you love about your studio, what angle can you use to create a new program, class or customer service upgrade that will set you  apart? Look deeply at what you excel at, now look for ways to make something new from something old. Maybe it is an angle in a Musical Theater class, like adding group vocal. Maybe you can add another dimension to your ballet syllabus by creating a ballet class to hip-hop music. Let your mind explore all avenues and write everything down. As the saying goes there are no dumb ideas. They may just need a little polish to get them going.

To help stimulate your creative juices take a look at what other successful businesses are doing. How can you apply some of the formulas that they are using and adapt them to your business? Make a file of all that junk mail advertising you are getting. Is there a way to use some of their messages for your studio with perhaps a small amount of editing? Talk to your customers and find out how they feel about your studio. Use this information when you look at your business.

Next, look at your numbers and analyze where you are and where you want to be. It's all a numbers game. How many students do you have? How many more do you want? How much money are you making? How much is going out? Decide how much more you would like to make, that's always fun to think about, go ahead and be bold, now what are you going to do about getting there? First of all write those figures down. Look at them and adjust them often. They will be a great source of motivation to you. Plus you will know where you are from month to month and year to year.

Another good use of this time away from the studio is to really have time to develop the creative side of you. I remember one year, when after our year end show, we went up to Mohegan Sun, a beautiful casino resort in upstate Connecticut, and over drinks in the whirl pool we came up with the concept and idea for the next year's show! What a feeling that was. We went back to the room and wrote down everything. Great things happen when you are away from your business. Try to get away at least once a month, if not more. We would love for you to share the great ideas that you come up with for your business using this method. Drop us a line and we will post all of them.

Now it's time to get away and THINK! 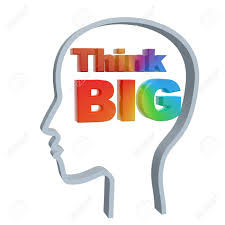 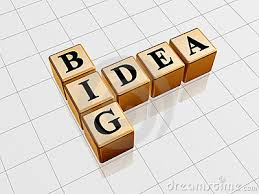 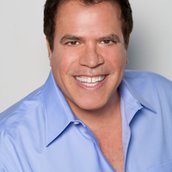