It is amazing, but here we are at the end of another year and as we come to the close of 2014 and look forward to 2015 it is a good moment to reflect back over the past twelve months to see what we were able to accomplish not only in our work lives but also personally. I like to look over all my class notes and see if I am on target as far as how much I have been able to teach my students.

At the beginning of the school year I make my class plans and set goals for myself with timelines so that I am able to give my students as much information as possible during the year. Of course, I always have to make adjustments to my plans because so often the students have issues or needs that have to be addressed sooner rather than later. I know that this is going to happen as the weeks go by but I have found it useful to go back at the end of the year and reevaluate what I still need to cover. It can be easy sometimes to get stuck in one area of technique and I want to be sure that my students know their technique and everything that goes along with it.

Are you satisfied with your job or jobs? Many teachers, especially the ones who live in cities teach at different studios on a part time basis and sometimes there is one place or another that is not working out so well. If this is the case, take time to evaluate what the benefits are and what areas you feel are not working for you. Perhaps all it will take is for you to sit down with the studio or school owner and discuss how to make things better. It could be that your employer is not aware of the issues you have but by taking time to communicate your feelings there is a good chance that not only will there be a resolution but you will also improve your overall relationship. There are occasions when a teacher may not be comfortable with the way the studio runs their classes or the way they are treated, the best way to attack these types of problems is to give positive suggestions to your employer to try to turn whatever the situation is around. It is possible to turn a negative into a positive and usually there is a way to resolve hard feelings, if you try and there is no satisfaction then it is time to look to the future and plan to move on.

Are you happy with the progress of your students? Why not make a list of all the wonderful things you have been able to teach them and then make another one of where you think you need to do more to reach them. I like to look at the students in each of my classes and really examine which ones I need to find a way to reach in a more positive way. You know how it is, sometimes you have a couple of students who are having difficulty grasping what you are trying to teach and you know that if you really look closely you can find another way to get through to them. What it really boils down to is becoming more creative and not allowing any student to just coast along. It can be, as we know, a constant challenge but also very rewarding when you see a positive result.

Most of us do make New Year's resolutions but how many of us actually manage to keep our resolutions? It is hard to stay motivated once the New Year celebrations have passed by. Think of the things in your life that you would like to change and then take the time to make a three step plan to actually fix them. Without a plan it is very difficult to make any changes happen but with those plans need to be actual dates and days to follow. I know for myself, it is easy to put something off if you become distracted, but I have found it so much easier to stay on track by giving myself a definite plan. This also applies to vacation time. Why is it that so often when we plan our lives we forget to plan our "away" time and yet that is really the one thing that is able to keep us sane and strong for all the other events that we have to deal with on a daily basis. I don't know about you, but those times when we can get away and commune with nature and just relax are so important to me because I am able to rest my brain and as a result I am able to come up with more creative ways to both teach and interact with others. I also like to give myself reward days when I can devote a day just to me and when I can go for a massage or just to go shopping or spend time with a friend. Remember that these personal times are only rejuvenating when you cut yourself off from the rest of the world by turning your phone off for that time.

Taking stock of where we are and where we need to be is a positive way to tie up the old year and move forward to the new one. 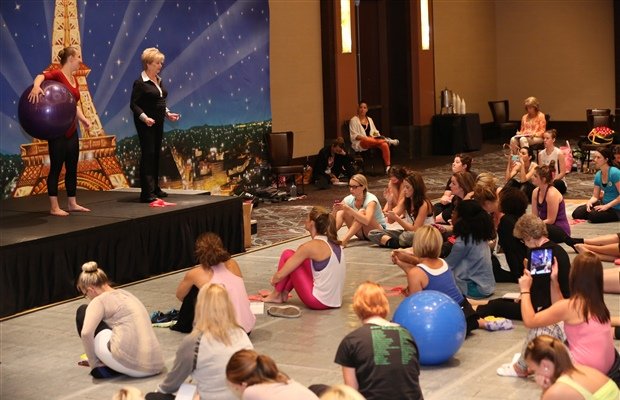