With the Holiday season upon us let's take a moment to review, refresh and recharge. Check out this great list of ideas created by Jim Edwards that we have tweaked for Dance Studio Owners

Time to Reflect: Reflect on your studio and what you've accomplished this past year. What went well, what could have gone better, and what you're looking forward to in the year to come. And ALWAYS keep in mind you make a BIG difference in your studnets lives!

Have a Positive Perspective: Think about your life, your business, and the people in your life. Take some time to look at things from a positive perspective and remember all of the things you're thankful for.

Appreciate Your Employees: Your employees are the backbone of your dance studio Show them how much you appreciate them by giving them a holiday bonus, treating them to a meal and let them know how grateful you are for the effort and time they give to your business.

Nurture Your Family & Friends: Your family and friends are your support system. Nurture your relationships with them and show them how much you appreciate them.

Keep Things In Focus: What went well, what could have gone better, and what you're looking forward to in 2023

Show Gratitude: Show your gratitude for your customers, your employees, and your family and friends.

Give Back: Give back to your community. Volunteer at a local food bank or soup kitchen, or donate to a toy drive.

Invest in Your Health: Get a physical, eat healthy, get enough sleep and add some daily exercise to your routine.

Value Your Time: Make sure you're spending your time wisely and not over scheduling yourself.

Indulge in Fun: Take some time to enjoy the holiday season and don't forget to relax.

Never Give Up: Set the stage for an amazing 2023 by getting started on your plan for next year NOW.

Grow Your Business: This is a great time of year to set goals for 2023. Make your plans NOW and work to not only achieve them but exceed them. Be Bold and reach for the stars!

CLICK HERE TO JOIN US THIS SUMMER AT THE INDUSTRY'S BEST DANCE TEACHER EVENT! 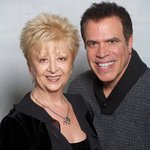 Angela D'Valda Sirico and Steve Sirico are the Co-Founders of Dance Teacher Web. They are the directors and owners the D'Valda and Sirico Dance and Music Centre in Fairfield CT for over 30 years. They also have been teaching, choreographing and producing shows. In 2007 they founded Dance Teacher Web now the #1 online resource for dance teachers and studio owners worldwide. They also produce the live event every summer for Dance Teacher Web. In 1979 they formed the Adagio team of D’Valda & Sirico after performing in shows and on television worldwide as individual dancers. Their performing credits include "Scala" Barcelona, Spain, Casino Estoril, Portugal, Theatre Royal, Oxford, England, Riviera Hotel, Las Vegas, Hotel Tequendama, Bogota, Columbia, Teatro Nacional, Buenos Aires, Argentina, and as Guest Artists for Wayne Sleep's smash hit "Dash", Dominium Theatre, London. They were featured artists in Royal Command performances in Spain and had the privilege of performing for Princess Diana of Wales. D'Valda & Sirico's many television credits include "David Letterman", "Star Search", and "Tarde Para Todos" as well as variety shows in the U.S.A, Spain, Sweden, Switzerland, Finland, Portugal, Italy and Argentina. Their combination of explosive choreography and exciting partner work has been given rave reviews both nationally and internationally. Their choreography for the acclaimed "Brother Can You Spare a Dime" was commissioned by Boston Ballet II and performed by the company. Angela and Steve have owned and directed a very successful dance studio in Fairfield, Connecticut since 1987. Their students have received scholarships and contracts to American Ballet Theater, Boston Ballet, Joffrey Ballet, Nashville Ballet, Ballet Hispanico, Hartford Ballet as well as the National tours of "Fosse", "Fame" and "We Will Rock You" and on Broadway in "Chorus Line". Angela and Steve have been on the faculty of Dance Educators of America’s Teacher Training program. Steve is the author of his Jazz Dance syllabus and together they authored their Partner syllabus both used for Teacher Training worldwide. Angela served as Chairperson for the tri state panel of the Royal Academy of Dancing and they have taught as guest faculty for Mt. Holyoke College, Michigan State University, The University of Arkansas, Yale University and Fairfield University. They teach Master Classes in Ballet, Jazz, Lyrical Jazz and Partner work all over the world including residencies in England, Spain, Costa Rica and Mexico. They have been the top presenting faculty for Dance Teacher Magazine's Summer Teacher’s Conference in NYC.