As another season has come to an end and it is time to look at all areas of your studio business to find out where your true strengths are and where there are weak spots. Every business has strengths and that is what keeps everything growing and moving forward in a positive way. However, it would be unrealistic to think that there is no room for improvement because there are always things that can be made better if we look honestly at what has taken place during the year.

Perhaps the organizational side could run better. Is your staff completely in sync with the way you want your studio run? Are you alone, trying to do everything, teaching, running the front desk and generally managing everything? If you are this might just be the year to take the plunge and hire someone to run your front desk and help you with the day to day issues that arise. You can only be a one person show for so long and then, if you want to grow you have to be able to let some things go so that you can concentrate on doing what the students come to you for, your teaching.

It may be that you own the studio but do not teach. This probably applies to a lower percentage of studio owners but perhaps you are trying to do everything on the business side and just need a little help. Why not hire someone who has an expertise that you don't have. Yes it will cost you money but you have a very good chance of being able to make a lot more money if you are not doing everything by yourself.

If you are a studio owner with a number of teachers and staff members it is important to take a good look at everyone working for you to see where improvements can be made. I like to take a good look at all of my faculty members to make sure that they are getting the kind of response from the students that they should be getting. Sometimes teachers get a little too comfortable and stop challenging themselves to get better and the side effect of that is that the students sometimes stop being challenged as well. If you see that this is occurring it is a good idea to talk with the teacher and first of all find out what is going on with them and see if there is any way that they can reignite their passion for teaching. If you see that they are really not interested in doing that then it is probably time to start putting out feelers to find another teacher who has that spark.

Do you find that your front desk staff are not quite as welcoming as they used to be or forgetting to do some of their daily tasks? It can happen, because over time people can lose the excitement and reason for what they are doing. The good news is that it is usually fixable with a little additional training you can help them all to remember why they love working for you. If you have a happy and fulfilled team working alongside of you they will take ownership of your studio and everything connected with your business. They will truly feel invested in it and your customers, both students and parents will appreciate it.

Most importantly you will be totally in charge of your ship and will be able to enjoy the feeling of moving forward to new heights with your entire crew by your side. Every business needs constant tweaking as each year goes by because there always needs to be change and fresh ideas to keep everyone inspired and motivated. Some people are afraid of change but without it there is no possibility of growth. Change does not have to be negative; in fact it is almost always a step in the right direction.

Maybe you are really feeling good about all the people who are involved in your business and in that case you will want just more of the same. As long as the students, their parents and you all feel that there is a great energy with everyone working together to make your studio a fantastic place where everyone wants to be. After all, that is the goal that we are all striving for, to have a business that really works with people that we really like working with and students who are learning the wonderful art of dance in a fun and positive atmosphere. That can only spell success!

Taking some time now will give you an opportunity to make any changes that need to be made before your new season starts. Most of us have our end of year recitals or showcases at this time of year and we are extremely busy and pulled in a million different directions, but before everyone takes off for the summer try to have a plan in place of what new directions you might like to go towards with your new season and encourage everyone that works at your studio to spend the summer months learning new ways to improve their skills. 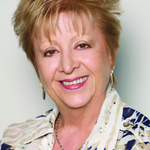