Here are my next 7  tips for running a successful studio. As with last month’s suggestions, I encourage you to stop after each point and consider it carefully. Think about your business and how it applies to what you are doing. Think about how you handle each topic and take some notes. The key is to consider how you can do each task better than you’re doing it now. Even if you are doing what I recommend, try to think in terms of how you might switch up your approach for even greater success. Remember that part of growing your business begins with self-examination. We do it every year and learn a lot about what we do and how we can do it better. Don’t worry if you find yourself lacking in one area. Just make a plan to get better at it. Once you do, everything else will fall into place. So let’s get started!

I.            Build additional streams of income. These can include rentals or subletting space, birthdays and other parties. Think outside the box to help you generate more revenue. During down times see about subletting a studio to a yoga class or contact your local theater to see if they need space for rehearsal. Think about taking your classes to area groups and schools. This is a great way to generate additional income and to spread the word about your programs.

II.            Get out of your studio and build your network. This runs along the lines of building relationships and another big key to growing your business. Years ago we did a local performance and met a women who was in charge of a program call 'After the Bell,' a unique after school program where the parents’ club finds outside companies to run classes like tennis, agility and dance, among others. By doing this outside show we had the opportunity to meet her and for her to see our work. We have since been doing her After the Bell program at our local grade school for years! You will be the best kept secret in your town if you don’t get out and meet people.

III.            Be pro active in the community. Lend a hand with fundraising events, help out with people when you can and work with a group you are passionate about! Join your local Chamber of Commerce and let it be known that you are a source in your town when it comes to providing entertainment and volunteers who can help with a worthy cause.

IV.            Know your numbers. Build a target to hit! How many students do you need to pay the bills? How many to make a profit? Do you have a formula for what each student is worth? Now set a target for what you want your studio numbers to look like. Track it each week during the first 3 months of your season, then once a month after that. If you have a goal, you will chip away at it and hit it eventually. When your mind is focused on growth instead of survival, it will put you in the right frame of mind.

V.            Your front desk will make or break you. Your employees probably treat your customers about the same way you treat your employees. Let that soak that in for a minute, and think about the ways your everyday behavior might be affecting your school’s ability to generate referrals.  Keep training your staff and make it fun! Happy employees, happy students and happy parents are how you need to measure your success!

VI.            Build your referral system. Get your clients talking about you! Do the unexpected. Create an environment of WOW. The best way to do this is to let your employees know that you are open to ideas that will create a wow moment for your customers. The more you create WOW, the more they will talk about you. For your best clients offer a $50 off referral program—if they bring in a new student who registers, you will deduct $50 from both their tuitions.

VII.            Create a marketing plan, stick to it and track your results! Decide what your objectives are. What you will spend. Know where you will spend it.  Not all marketing efforts work—sometimes the fish just are not biting. Track results to know how to proceed. My recommendation is to focus your marketing dollars first online and work out from there.  Try a targeted list that you can send a postcard to. Next consider doing a mailing to past clients with a special offer to try one week for FREE! Remember, marketing is not just about getting new clients, but also cultivating your current ones. If they are taking one class, why not try to get them to take two, three or more! 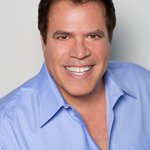