Apply Now to See If You Qualify by CLICKING HERE

Watch the webinar below to find out how much money your dance studio is owed! Our studio recently received a substantial cash refund from the Employee Retention Tax Credit. Join Dance Teacher Web Founder and Veteran Studio Owner Steve Sirico...

It doesn't matter if your employees are part time or full time. If they are W-2 then you can apply for this tax credit refund!

Dance studios in the USA that kept employees on payroll during the 2020-2021 Covid pandemic, and resulting government shutdowns, could be eligible for a substantial tax credit - up to $26,000 per employee!

This is an IRS Covid business stimulus program put in place to help all small business owners. Because almost all dance studios will have suffered from social-distancing restrictions, resulting in significant loss or revenue - you are eligible for the ERC.. even if you already claimed PPP!

Apply Now to See If You Qualify by CLICKING HERE 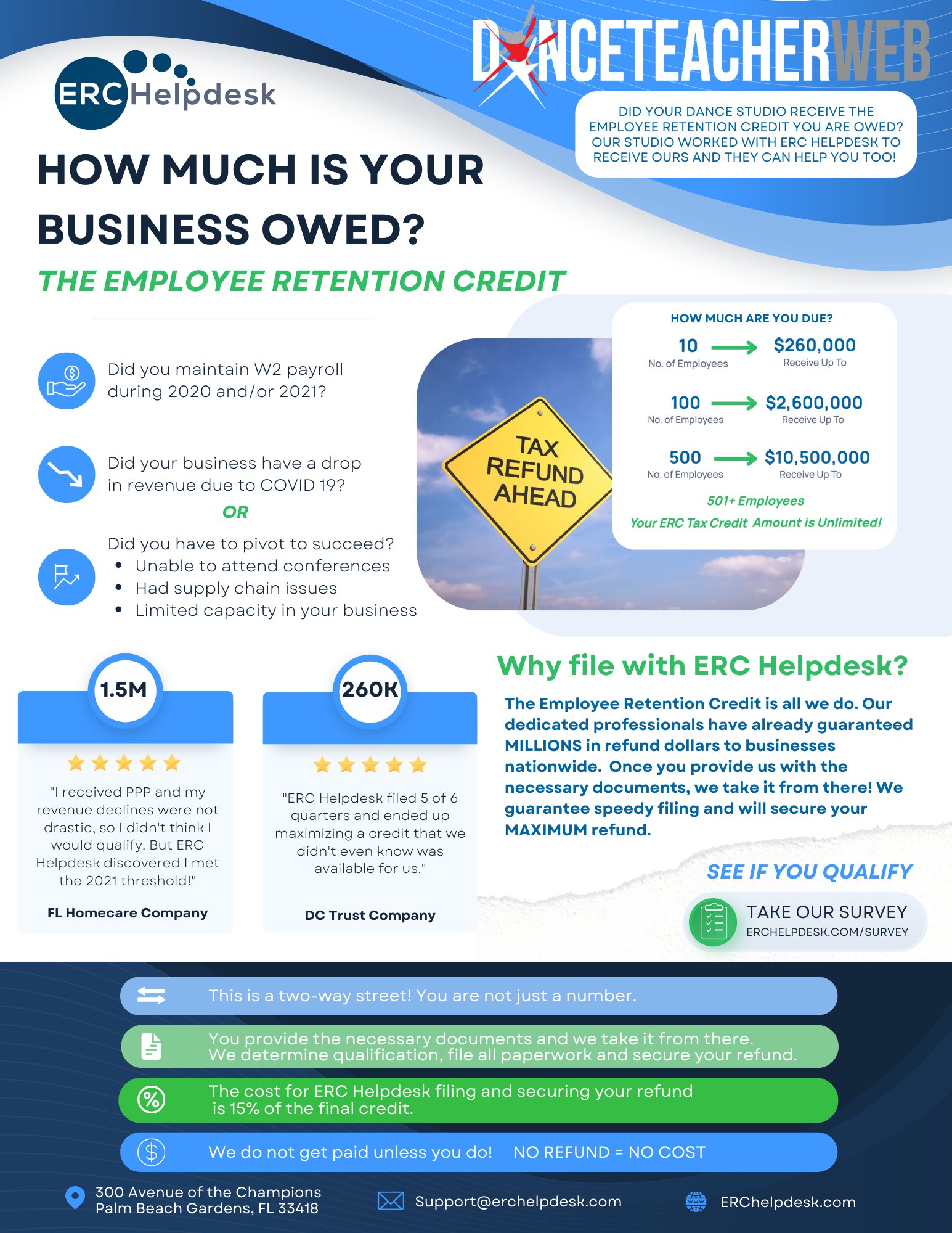