The dance world lost a legend this week as the amazing Tommy Rall passed away. He was born in Kansas City, Missouri and raised in Seattle. As a child he had a crossed eye which made it hard for him to read books, so his mother enrolled him in dancing classes. In his early years he performed a dance and acrobatic vaudeville act in Seattle theaters and attempted small acting rolesTommy Rall, dynamic actor/dancer of many 1950s musicals, was born in 1929 and began his dancing career at age 14 with American Ballet Theater. He appeared on Broadway in "Miss Liberty" (1949) and "Milk and Honey" (1960), as well as in several other shows. After a series of great dancing roles on screen (Kiss Me Kate (1953), Seven Brides for Seven Brothers (1954), My Sister Eileen (1955)), he performed in a variety of character roles, and then returned to American Ballet Theater.

His family moved to Los Angeles in the 1940s, and Rall began to appear in small movie roles. His first film appearance was a short MGM film called Vendetta. He began taking tap dancing lessons and became a member of the jitterbugging Jivin' Jacks and Jills at Universal Studios.

Rall joined Donald O'Connor, Peggy Ryan and Shirley Mills in several light wartime Andrews Sisters vehicles including Give Out, Sisters (1942)[3] Get Hep to Love (1942)[4] Mister Big, and others. He appeared in the films The North Star and Song of Russia (1944).

Rall took ballet lessons and danced in classical and Broadway shows, including Milk and Honey, Call Me Madam and Cry for Us All. Jerry Herman said of Rall in Milk and Honey: "[Donald] [Saddler] did extraordinary choreography for Tommy Rall, who was suddenly so admired by the audience that [the producer] put his name on the marquee under the three stars. It was very, very earned by him. He was a terrific singer and dancer."

Check out this GREAT routine below from "Invitation to Dance"... Enjoy! 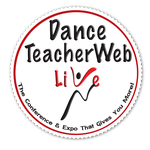